We explore our ancestors evolution and try to survive in prehistoric Africa. 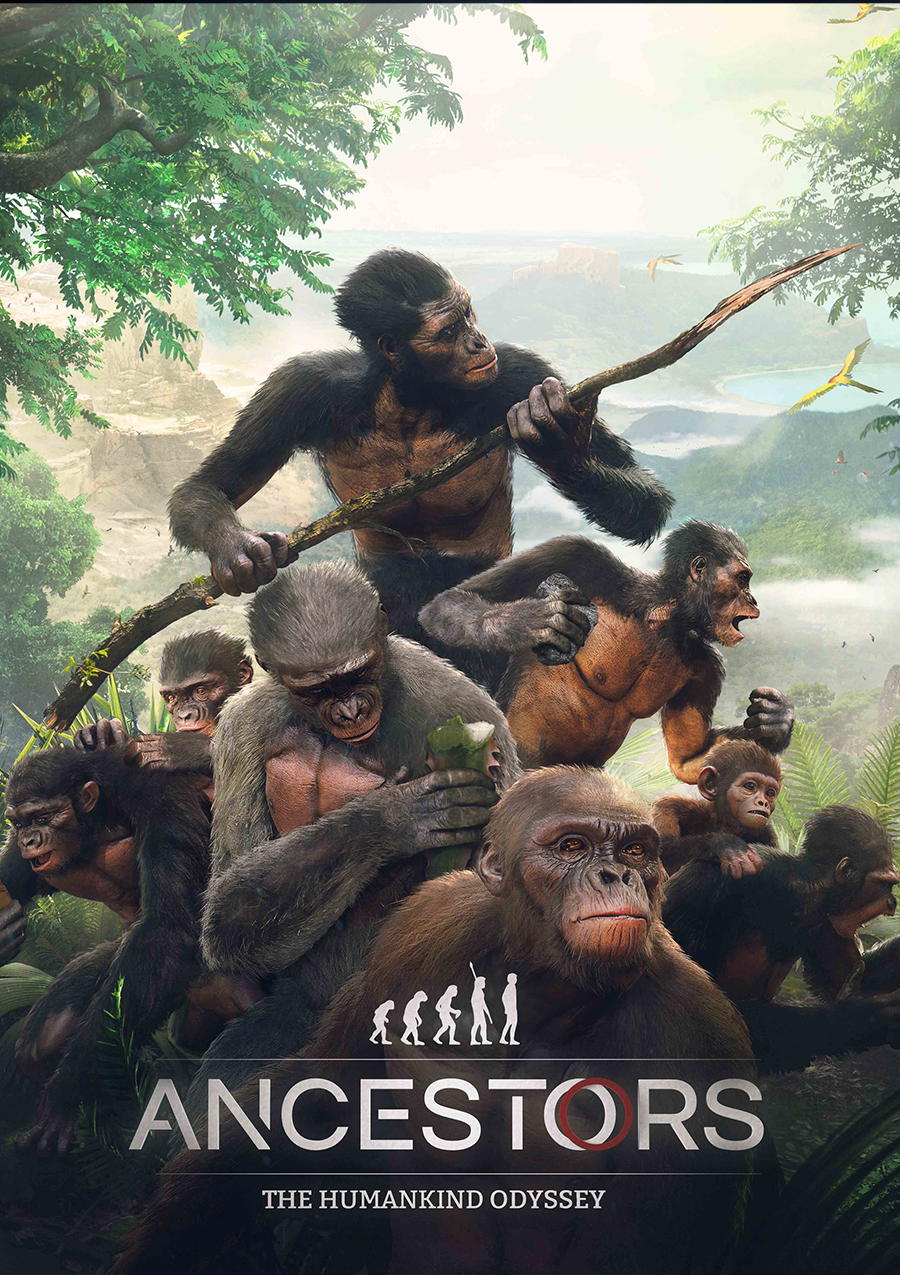 We will probably never know the full story of our evolution. Or know how our ancient hominid ancestors lived their daily lives in Africa, developing tool usage, honing their senses to the environment paving the way for modern humans to dominate the Earth. Ancestors: The Humankind Odyssey looks to shed some light on what it might have been like for early hominids in the unforgiving prehistoric Africa!

First of all, I can’t ever recall playing a game like Ancestors before. One with such a grand vision of chronicling human evolution. Yes, we’ve had the likes of Spore which played with idea of evolving your own species before going on to build a civilisation. But that was done with a Sims style comedic undertone. Ancestors goes much deeper, into the everyday behaviour aspect of a long extinct species.

Unlike most games, Ancestors doesn’t require you to complete lists of set tasks in order to progress. In fact, it only really gives you one instruction, and that comes more in the form of a hint, that is to play the game as if you are teaching someone how to be human. Aside from this one hint, Ancestors is entirely open with the ultimate aim of guiding your hominids lineage to a faster evolution than our own. Evolution almost entirely revolves around unlocking new neurons in your primates’ brain. This is done by interacting with the environment, making tools and using your senses to identify objects, sounds and smells in the world around you. It’s a fairly intuitive system, with most of what is required to progress seeming like instinct, echoing the games main hint of teaching someone how to be human. However, despite this intuitive approach, Ancestors lack of instruction can limit the enjoyment of the game. Neurons are split into different sets each requiring a specific action to be performed in order to activate it. With only a very vague hint being offered on what it is that is required in order to unlock it, this can lead to progress regularly becoming stifled as you try to figure out the specific action that needs to be performed. This is further exacerbated by the fact that each action usually needs to be performed several times in order for neurons to activate.

Another factor that can slow progression is the need for random genetic mutations, required from your offspring, for some neurons to be unlocked. Reproduction is extremely simple, pick a partner from you clan form and bond and hey presto you can have a child or several but waiting for the right mutation to come along in order to unlock the desired neuron can be come tedious.

On the subject of children, they are essential to your hominid’s evolution. Not only do they introduce the necessary genetic mutations, they are also essential to passing on the knowledge and skills you have gained to the next generation. The number of children you have in your clan determines the number of skills you can lock in to be passed on to the next generation. It’s a fairly solid system, that echoes that of what we see in real world in chimpanzee society.

The biggest disappointment for me in Ancestors is the evolutionary leap feature. This basically allows you to skip through time and advance your hominid, taking any locked in skills and genetic mutations in adults with you through millennia. The end result of this time skip only seems to dump your clan in to a new area with no noticeable changes to your hominids physical appearance, which, seems strange as we know almost all primates have changed appearance through their evolution. Another major annoyance with this feature is that it regularly seems to place you in a location where your clan is vulnerable to attack from the games many predators, especially the relentless sabre-toothed cats.

The world in which you have to evolve is an unforgiving place, there are numerous predators lurking in the dense forest, huge beasts that are easily startled on the savannah and giant birds that will swoop down on you as you climb rocky outcrops. It really is a varied and wild world to explore that covers a large area and is filled with fantastic vistas. Exploration is a highly encouraged in Ancestors and it’s very easy to lose several hours simply looking around. New areas far from your home range have to be unlocked but unlike other games you don’t have to reach a certain rank or level in the game before doing so.  Simply set about exploring the prehistoric landscape and you’ll soon know when you have stumbled into an unfamiliar location as a fog of war type effect descends on you. Colours fade and the howls and cries of various predators start ringing all around you with gnashing teeth leaping from the shadows. It’s unnerving, chaotic almost maddening but reflects the trepidation we experience in the real world when faced with new or unfamiliar circumstances. It’s a brilliant feature of the game, reflecting the animalistic psyche of our hominid ancestors.

As good as the exploration aspect of Ancestors is, it doesn’t however make up for the game’s shortcomings. It could have been so much more than what it is. The concept is extremely interesting and I can’t help feel that Panache hasn’t quite fully explored the potential of the title. If exploration is your thing, it’s definitely worth a try, those looking for something that goes a little deeper may end up being disappointed.

More on Ancestors: The Humankind Odyssey >>
Go to comments (0)