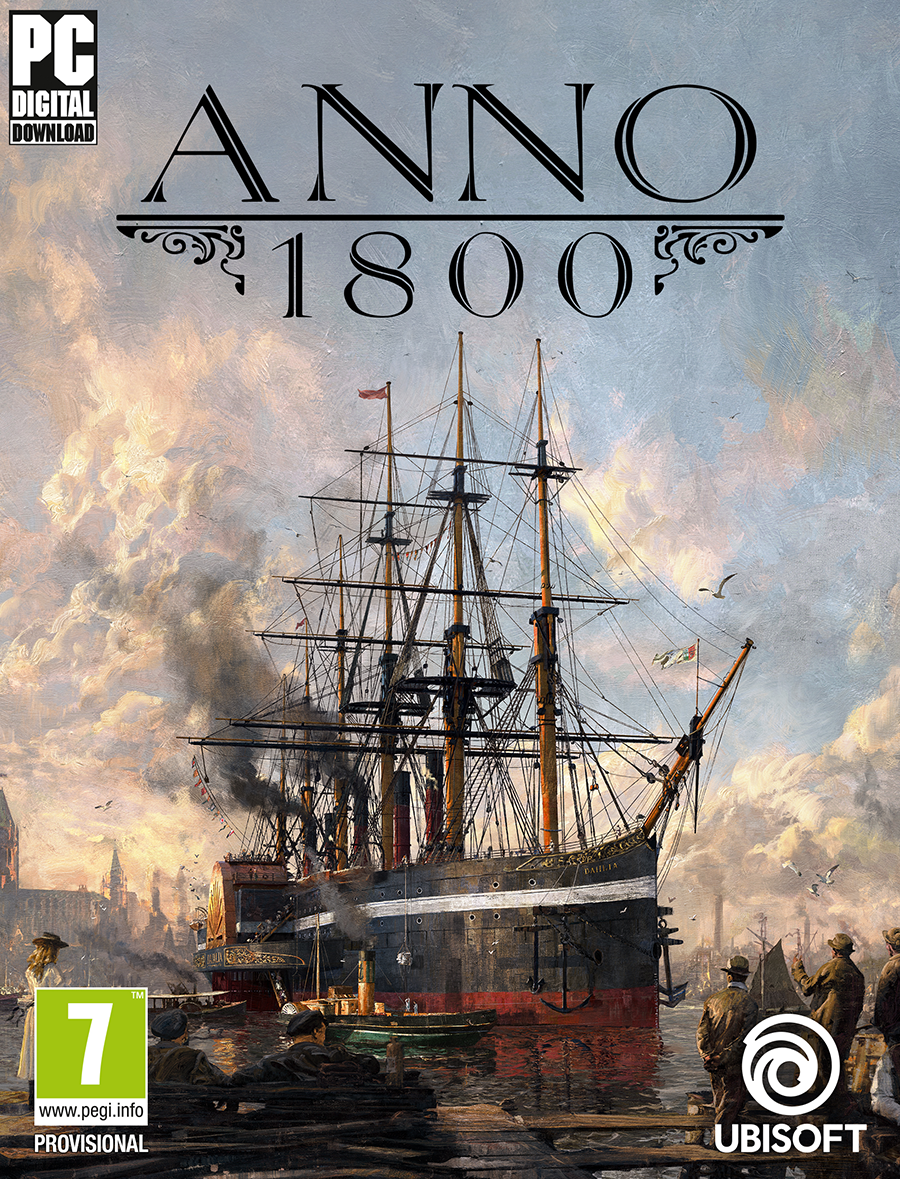 The Anno series has covered just about every era imaginable in its twenty-year history.  So,. being a fan of city building strategy games, the latest iteration of the series Anno 1800 popped up on my radar as soon as it was announced.

Anno 1800 is set in the 19th century during the industrial revolution and the era of colonialism. The game campaign pits you against A.I controlled characters as you try to rebuild your family’s business and restore your family honour after a devious uncle had your family branded as traitors. Restoring your family name requires you to build up new settlements, undertake expeditions of discovery to lands in the New World and take part in diplomacy or naval warfare against A.I controlled opposition, each with differing personalities and ways of doing things. Along with the standard three difficulty levels, each of which has its own A.I controlled characters, Anno 1800 also allows you to use custom settings for the games campaign so you can make it as challenging or not as you like. The game also come with the usual sandbox modes and multiplayer games that take part on randomly generated maps. 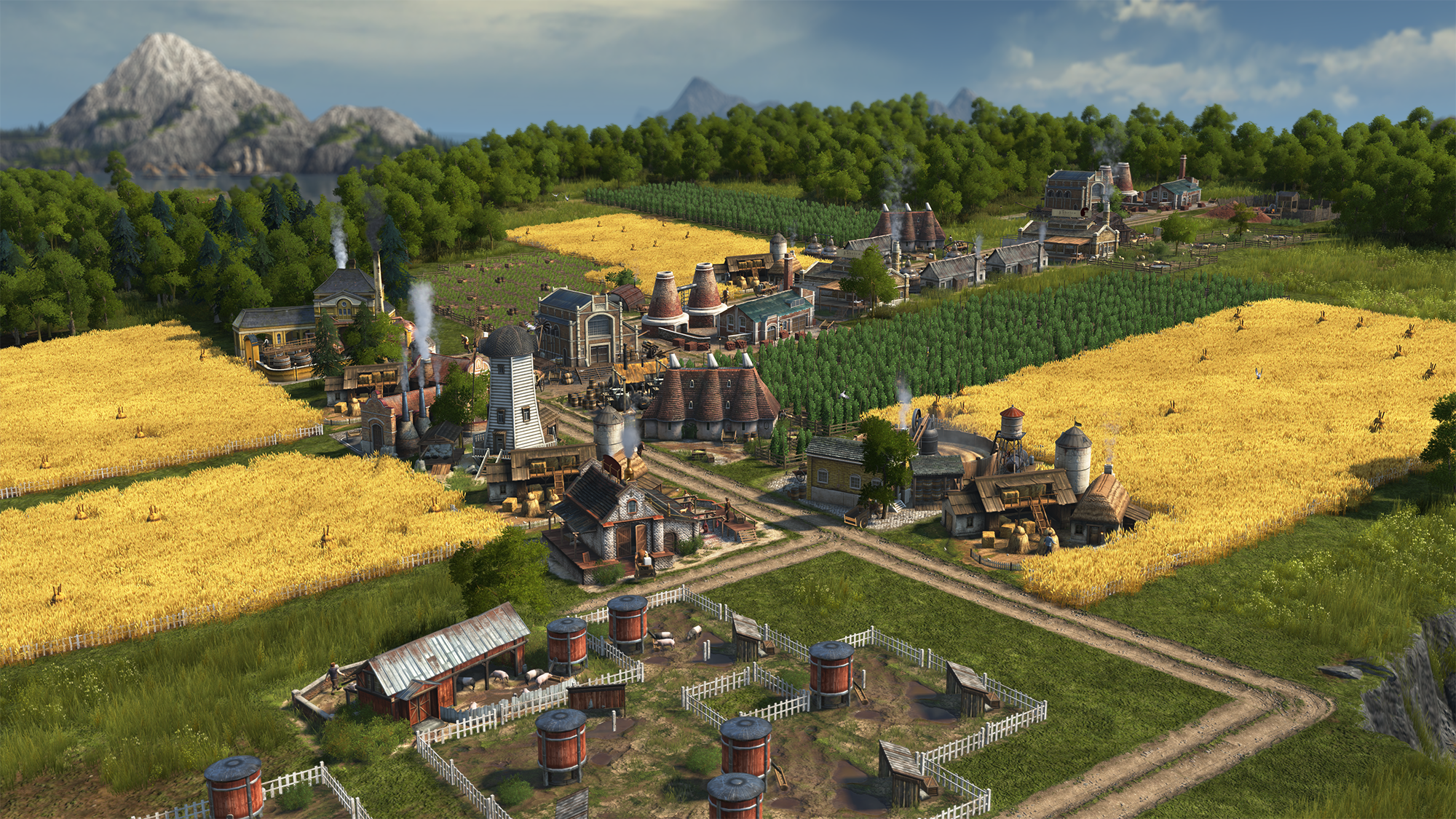 Anno 1800 plays very much the way you would expect, requiring you to gather resources in order to construct your settlement, meet the requirements of you inhabitants, upgrade buildings and so on. In some ways its simplified and more accessible than other city builders and in other ways its needlessly complex and unintuitive. There are no research trees to progress through in order to unlock new buildings and technologies, these come automatically with growth and by upgrading the “class” of your inhabitants. It’s fairly easy to achieve, as long as you meet the basic needs of your inhabitants but real prosperity comes from keeping them happy. This which requires you to create entire production lines, which, can have a drastic effect on your ability to prosper and keep pace with A.I characters if your randomly generated island doesn’t have the required resources. This forces you to expand to other islands in the game before you’re really ready and as there’s no option to automatically share resources between your settlements until later it can quickly become a micro-management nightmare.

The economy in Anno 1800 is easy to manage, there is no array of complex menus to wade through to set different tax levels or funding levels that need to be manage. Every building has a maintenance cost associated with it and as long as you’re meeting the need of your inhabitants, they will happily pay their dues. There is still some management on the players part required to remain in the black as having an imbalance in your workforce will result in things grinding to a halt serving a hit to your finances. If things do go wrong, Anno 1800 is one of the few city building games in which you can pull things back from the brink of collapse and the simple menus in the game make it quick and easy to identify issues that need to be addressed. There are a few slight niggles with the games economy that lead to unnecessary frustration, such as an option to sell excess resources once your settlements storage reaches capacity. This may seem like a minor issue but when you have numerous settlements across two different regions it can be a real pain as it brings entire production chains to a halt and can negatively impact your finances. 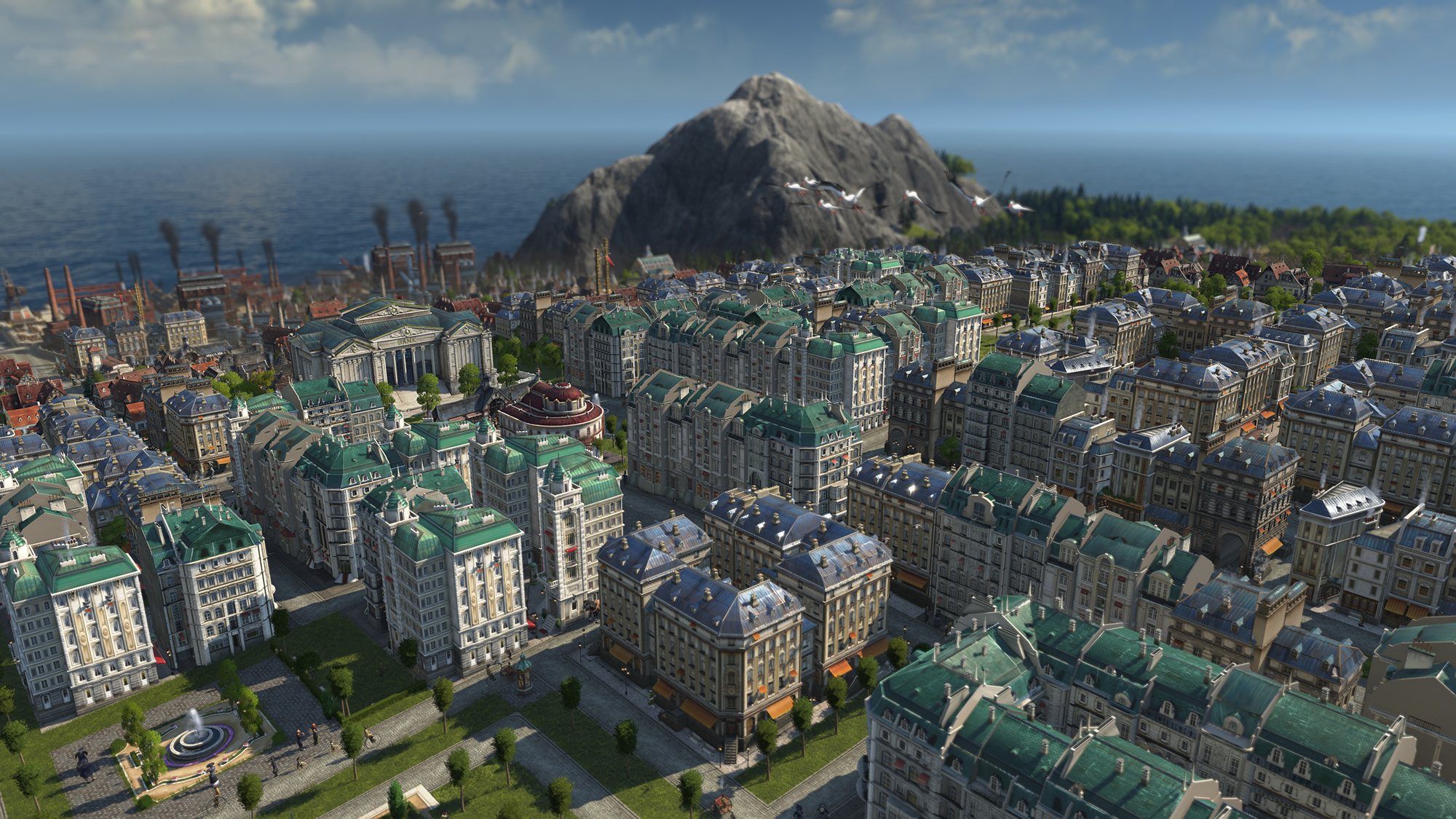 Diplomacy in Anno 1800 is based on your reputation and how you’ve handled interactions with A.I characters. You can also undertake small quests which will increase your standing with the character that gave you the task but may upset others in the game.  Alliances can be formed which bring trade benefits but can also pull you into war, this can completely scupper your game if you’re not ready for it.

All combat in Anno 1800 is undertaken on the high seas, so creating your own fleet of combat ready ships is essential to protect your settlements and valuable trade routes. For the most part it has been implemented extremely well and engaging an enemy ship can often lead to intense battles with rival fleets, especially when you send in a large grouping of ships. However, this can cause a couple of small issues. When sending fleets of ships into battle more often then not one or two would go rogue and attack a different enemy ship to the one you intended thus leaving it exposed to a more powerful unit. Path finding can also become a bit of an issue when attacking a rival’s port with a fleet of ships. The vessels at the front will often go to where instructed, but those bringing up the rear will often take a more dangerous path that exposes them to an island’s defences, as they seem more than a little eager to get involved in the battle. This even occurred when selecting the units individually from the rest of the fleet and more often than not leading to their sinking.

Anno 1800 is a straightforward, addictive city building game that you could easily sink countless hours into before even realising it. Yes, in some areas it lacks the depth of similar games but that only serves to make it more accessible and it should fulfil the empire building fix for most.