We get in gear for a new era in war. 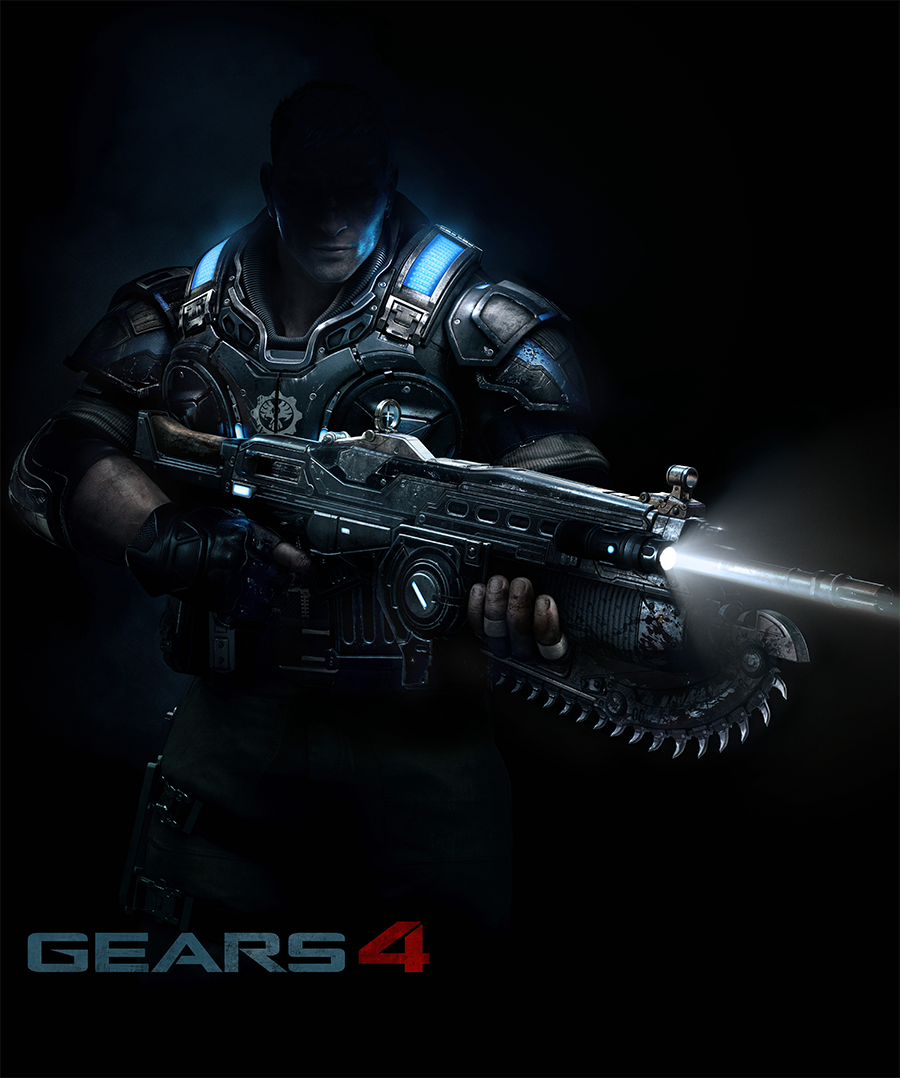 When a franchise gets a new game its usually comes from the same development team so you generally know what to expect. But like Microsoft’s Halo games, Gears of War has had to find a new developer – The Coalition and with them they have brought in new characters, new enemies and new stories. But, will it capture the same Gears feel that the Epic games delivered and we grew to love?

Set 25 years after the events of Gears of War 3, in which we saw Marcus Fenix finally defeat the Locus threat. Gears 4 puts the you in the role of his adult son JD. Who along with his best friend Delmont "Del" Walker has become a COG deserter due to the hard line policies of First Minister Jinn. In the opening chapters of the game you will be fighting COG’s new robotic soldiers but as you flee the COG forces you are soon forced underground where the real threat to humanity emerges, The Swarm.

Past Gears games have generally plunged the player into the middle of the action from the start. With Gears 4 you may think the same approach has been taken again as you are placed into the roles of various unnamed gears at the end of the Locus war. However, the fast pace of these opening flashbacks soon vanishes as the story of Gears 4 starts. Now you’re left playing through two acts of slow-paced set piece game play with story twists that are so predictable that it becomes an utter bore fest and absolute chore to play through. Thankfully these only serve as build-up until the new threat of the Gears franchise appears and as soon as they do the pace really goes up a notch and you soon find yourself in the midst of intense cover and shoot action that the Gears games are known for.

Despite the fast pace action of the games later stages, the campaign does start to feel a little repetitive and predictable. There’s enough variety and some excellent special missions thrown in to keep your interest, but you know as soon as you reach an area with lots of ammo crates littered around that you’re about to get pegged down by swarms of enemies with one or two that are particularly difficult to kill. These encounters can be tricky to deal with due to the tight confines some take place in especially when playing with A.I controlled teammates as they often make questionable combat decisions. But even more annoyingly is how they will happily standby and watch you bleed out instead of reviving you. Of course, playing cooperatively with friends completely solves these problems and co-op play has always been one the biggest strengths and appeal of the Gears games.


Gears 4 serves up a significant challenge, unfortunately this isn’t due to enemies utilising well thought out combat strategies. The games A.I is okay at best and damn right poor at times, with enemies often running right behind your line and trying to melee attack you or your team mates. They will also often take cover right opposite you, making then easy to pick off. The games A.I also sways massively, so much so that it is unpredictable at times. Switching from the kamikaze approach mentioned above to one of being overly cautious that they almost pose no threat at all. The difficulty in Gears 4 is due to sheer numbers the game throws at you and the fact that enemies sponge up your shots. Especially those that are heavily armed or have a special attack. It’s fair to say bullet sponges are plentiful in Gears 4.

Away from the campaign Gears 4 features both co-op and versus multiplayer modes. The best change here is that the game has moved to dedicated servers and away from the peer-to-peer multiplayer of the last game. It’s smooth, fast paced and full of action. Fighting human players armed with chainsaw rifles that show no fear in coming at you and hunting you down adds a level of intensity that is missing from the cautious approach of the A.I controlled enemies of the campaign. You can still use the cover and shoot game-play that the series is known for with each of the versus mode specially adapted to better fit with Gears style of action.

Horde mode is the games co-op mode which features cross-play with Xbox players. This mode pits teams of players against wave of enemies, with each wave progressively becoming more difficult and challenging to clear. This mode requires a high of co-operation amongst players, especially in the latter stages. This can be absent when not playing with a pre-formed team and leaving it up to the games matchmaking system to put you in a team of random player who, as we all know quite often have their own way of doing things. Horde mode also adds character class system that allows you to unlock abilities and build up your characters specialisation, but expect a long and tedious grind in order to do that. Gears of War 4 also introduces loot boxes that players can purchase to further build up their specialisation something that is almost required for the modes more difficult latter stages. Personally, I’m not a fan of this approach and it is something that is creeping into more and more games and amounts to nothing more than turning many modes in to pay to win.

Gears 4 marks the start of a new era for one of Microsoft’s most loved franchises, a new developer, new characters and players fighting a new enemy. For the most part it feels like a classic “Gears” game with a solid cover and shoot gameplay. But the campaign and story lack the overall edge of the Epic developed games, it’s still Gears, but not quite the same.