MachineGames lets us double team Nazis, but this shooter doesn't quite deliver. 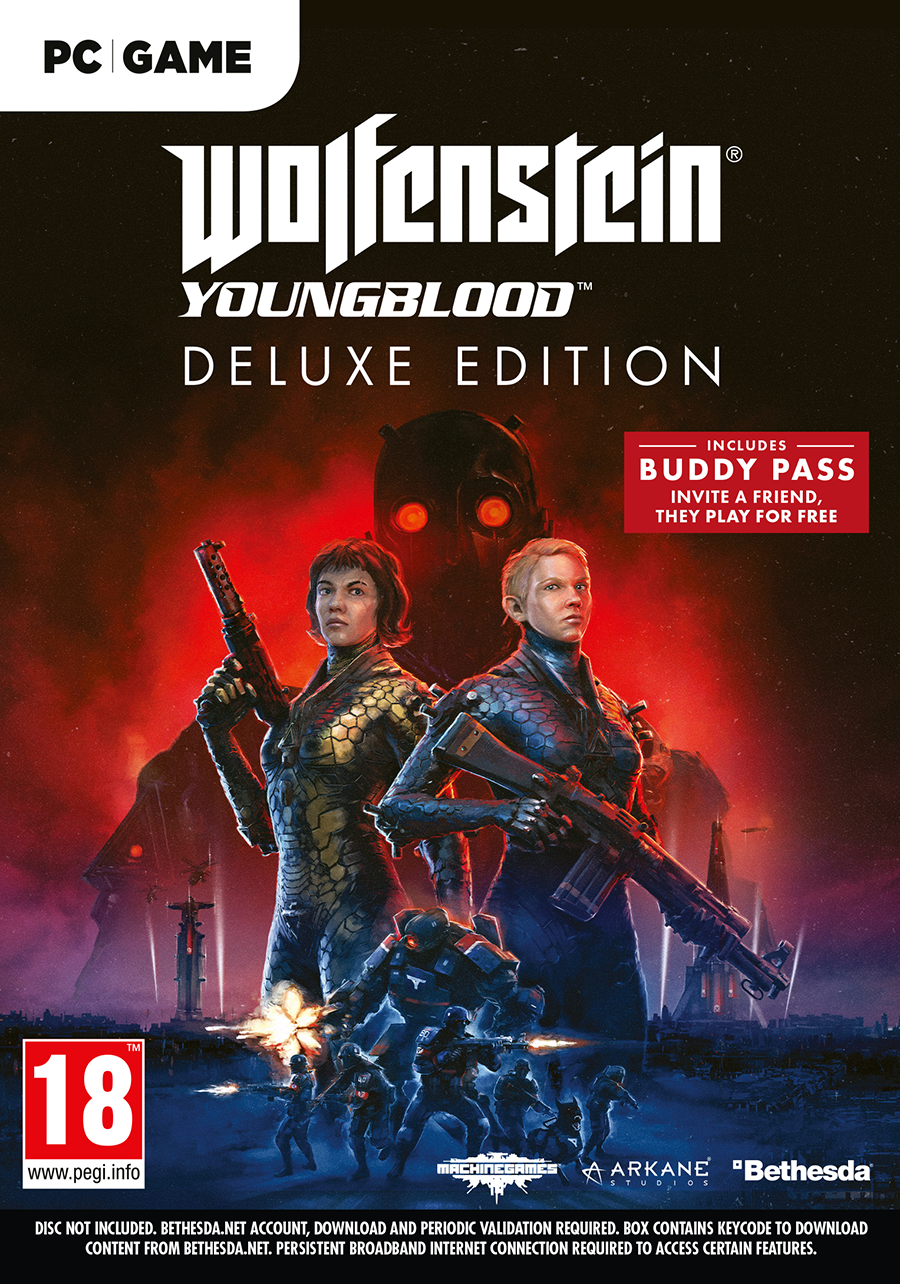 Youngblood is the latest game from Bethesda and MachineGames in the revived Wolfenstein series. It is not a direct sequel of the recent Wolfenstein games, but an off shoot focusing on the adventures of Captain Blascowicz’s teenage daughters. Can these two female leads fill the big boots of their father?

The game begins with the sudden disappearance of Captain Blascowicz and Youngblood sees his two young daughters heading to Nazi dominated Europe to track down their father. Despite being raised in the relative safety of the liberated United States, it doesn’t take long for the girls to get involved with the French resistance and join the fight against the Nazi occupation.

The Youngblood story isn’t its strong point and really isn’t helped by the dialogue. One sister comes across has an entitled know it all and the other sounds like a basement dwelling stoner, and quite frankly has the most cringe worthy laugh I’ve ever heard - think Beavis and Butthead crossed with Otto from The Simpsons. The games dialogue also doesn’t fit with the character building we see in the opening cut scenes and gameplay sequence. This sees the girls struggling to take out the first Nazi they encounter, then in the blink of an eye they’re laughing and cheering about killing him. The excitement and joy they derive from killing continues throughout play, with each sister encouraging the other to keep killing. The jovial way in which its done is borderline disturbing and does nothing to endear the sisters to the player. It also detracts a lot from story, which if I’m honest isn’t very strong to begin with.

Youngblood has primarily been designed as a co-op shooter. You can play with either a friend or with one of the sisters controlled by the A.I. As you would expect, it is best to play with another player so you can devise strategies, take different routes through areas where enemies are patrolling, or one player flanking enemies whilst the concentrate on the other. A.I controlled partners do an ok job, but tend to stick close by and follow the same path as you making it much easier for the Nazi’s to pin you down under heavy fire.

Enemy A.I is one of the games stronger points, providing a decent challenge. Each enemy unit acts in its own way, those with light armour tend to stay behind cover and engage you from distance. Heavily armoured enemies will press and relentlessly attack you. This is further compounded when commanders are in the area as they will frequently call in reinforcements adding to the intensity of the fight. Adding another level of difficulty are the special units that you will encounter. Such as the fire breathing Panzerhund (basically a giant mechanical dog) that have powerful attacks and come heavily armoured making them difficult to deal with in the tight space restricted locations featured in Youngblood.

Wolfenstein: Youngblood isn’t a game that affords the player a lot of space with good sight lines. The majority of the games action takes place in tight corridors, winding alleys, cluttered city streets and pokey ransacked rooms. There’s usually more than one way to reach an area where the action tends to unfold. The games A.I tends to take advantage of this and often uses the additional routes to flank or get in behind you. This combined with object collision issues you will experience far too often can at times make Youngblood very frustrating and means level design definitely lends a helping hand to the enemy.

Gunplay in Youngblood is a little mixed, emptying a full magazine and dispatching the Nazi war machine that stands in front of you is extremely satisfying and weapons can be modified and tailored to your playing style. For the most part the core gameplay in Youngblood is solid without ever being exceptional and at times it can feel the same as any other shooter. One of its biggest weaknesses though is inconsistencies with weapons. Some of the games more powerful weapons feel very under powered and you will have a harder time dealing with the various enemies you encounter whilst using them. This was most noticeable to me when switching from a supposedly less powerful weapon that had a faster rate of fire.

For me Wolfenstein: Youngblood isn’t a particularly inspiring first-person shooter. It’s by far not the worst I’ve ever played but its weaknesses simply outweigh its strengths. Its loose story and irritating characters do little to endear the game to the player and there are far more engaging first-person shooters available.